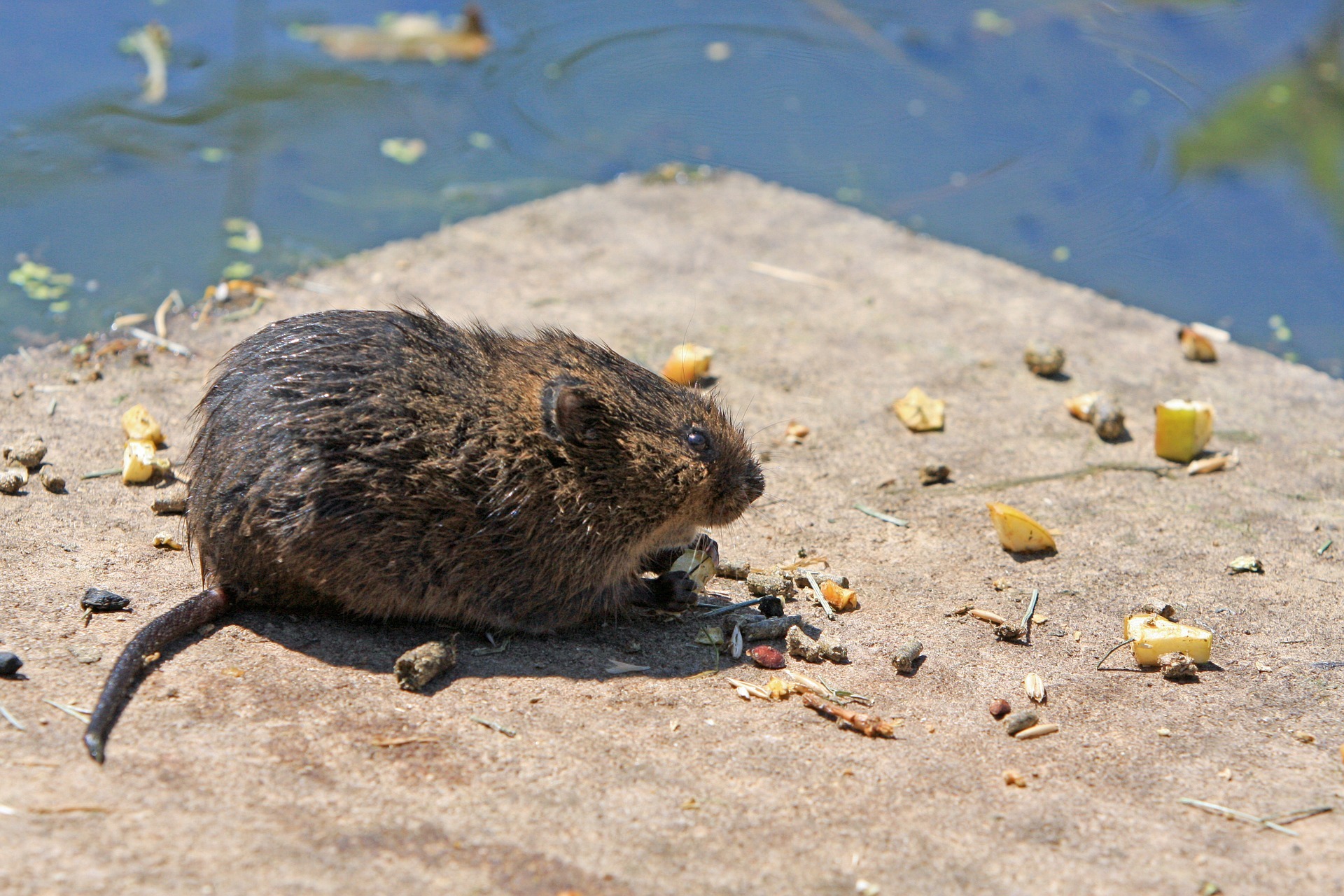 Let’s face it. Most people do not like rats, and unless you have a pet rat it is pretty likely that you do not want them in your home. Undomesticated rats are incredibly dangerous pests to have around the house as they can carry various diseases with them and leave harmful bacteria on everything they touch.

In Australia there are two primary types of rats; Brown rats and black rats and if you see these around your home you should get proactive immediately. As harmless as they may look, rats carry bacteria everywhere, they will defecate all over your house, and they can get into your stored goods as well. Suffice it to say, they aren’t good housemates.

How can I tell the difference between a mouse and a rat?

The two are more easily distinguishable than you might think. Mice are a good deal smaller than rats. While most full-grown rats are anywhere from 14 to 16 inches in length (including the tail), full-grown mice are about half that size, measuring out to roughly 7 ½ inches.

How do I know if there are rats in my home?

Generally, you can identify a rat infestation by their droppings. Rat droppings are small, quarter inch to half inch capsules with blunt ends and are usually shiny black in color.

Alternatively, you can look for burrows in the ground around your home, in your garden or near your trash. These burrows are circular or oval and come in a variety of different sizes.

When will I see rats?

If you have an infestation, you will most likely see rats at night as they are nocturnal animals (they sleep during the day and are active at night). However, if resources are low and they are having trouble finding food or water, they will become active during the day due to necessity.

Where do rats nest?

Rats will nest in any location they deem safe that has access to food and water. This includes under piles of wood, in abandoned homes, between the walls or under the floor.. Outside, they will make burrows near their source of food. 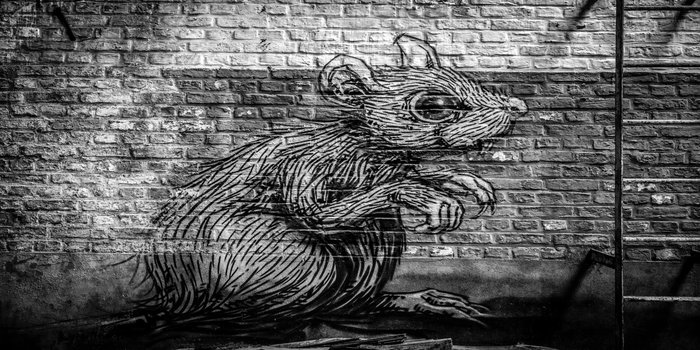 Lymphocytic Choriomeningitis is a virus that can be spread through the faecal matter or an infected rat or mouse. If the faeces manage to get into any human food or eating utensils, it is likely that the virus will then spread to the human who consumes the virus. This disease is a slightly lightened form of meningitis, an inflammation of the meninges (the soft tissue that covers the brain and spinal cord). Symptoms of this disease may include headaches, nausea, vomiting, fever, neck stiffness, and aversion to bright lights.

Leptospirosis is a disease that can be spread through contact with rat urine. This disease can cause many symptoms that can be confused for other diseases, but it is also possible to be infected and have no symptoms whatsoever. Unless properly treated, Leptospirosis can lead to meningitis, liver failure, kidney damage, and possibly death.

Rat-bite Fever is a disease caused by bacteria transmitted by rodents and is passed to humans through the rat’s urine or mucous. It is a rare disease, but it is still dangerous and unpleasant if you happen to get it. Symptoms of this disease are different from person to person and change depending on what type of rat-bite fever that you are infected with. Common symptoms are an open sore with visible inflammation around it, and ulcers and a bruise-colored rash that will spread around the infected area.

How do they work?

Rat bait stations are rat traps used to protect rat or mouse baits from being tampered with by weather, pets, children and anything else you don’t want ingesting rat poison. A rat bait station holds the bait inside of it and keeps it safe from anything bigger than a rat, making sure that the bait reaches the right target. The rats won’t die inside of the station as the bait does not instantly kill it. Instead, it eats the bait and generally returns to its nest before dying.

Why use bait stations?

Bait stations should be used for safety purposes, generally. It does not make a difference to the rat whether or not you leave the bait out in the open, but it is very unwise to leave poisonous substances out where your child or pet can access them.

Where should I put them?

Where you place your bait station is incredibly important. If you don’t place your station in the area that the rat is active, they won’t ever visit it. If possible, try and place the station somewhere between the rat’s food supply and their home. Place it near burrows or near their travel routes. Anywhere where the rat can stumble upon the station naturally.

Are they safe for kids and pets?

“Be very, very careful where you place your station.”

As mentioned above, bait stations are relatively safe, but you still want to be careful. It will be harder for kids or pets to get to the poison, but not impossible, so be very very careful where you place your station. Also, if you have made a homemade bait station, make incredibly sure that its design is sound and that it can’t be easily opened or entered by pets or children.

Signs of a Rat Infestation 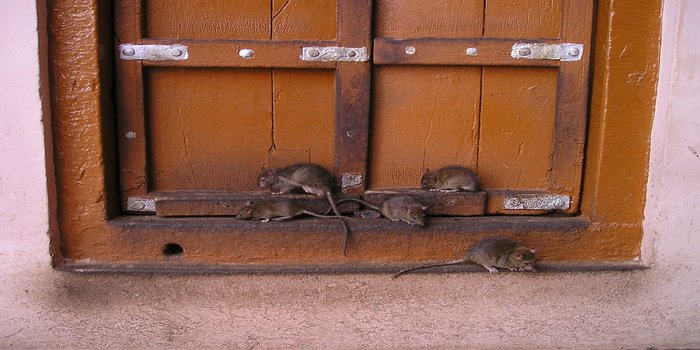 If you can hear scurrying or squeaking in your walls or soft scratching in the ceiling, you probably have a rat infestation. Other indicators are rat nests, disturbed insulation, piles of faeces, open food packages, small bite marks on food containers or damage to ductwork.

If you already have rats, the first step to getting rid of them is to get rid of their food source. Tightly seal all of your foods, get a lid for your garbage can, and close off anything that they could be feeding on.

Look for areas rats might be using to get into your homes, such as cracks in the floors, walls, or foundation. Rats can fit through spaces much smaller than their bodies, so don’t count anything out as too small.

Alternatively, use the bait stations mentioned above, or invest in some mouse traps.

It’s a lot of work to try and get rid of an infestation yourself, and sometimes it might come down to just not being equipped for the job. That’s fine. When all else fails, there are professionals who can come to the rescue. Hiring vermin control to come out and fix your pest problem isn’t incredibly expensive, nor is it too difficult and it’s definitely worth it to get the rats out of your house.

But don’t just hire anybody. If you’re in or near Logan City or Brisbane, you should hire the professionals who know what they’re doing. Hire Pest Control Southside. They’re experts in the world of pest control, and rats aren’t their only area of expertise. They have knowledge of exterminating any kind of pest you can think of, so call them now on 1300 767 770!.

You can contact Pest Control Southside here and get rid of your rat problem today.