If you’re having bird problems, you can achieve the bird control you need with Pest Control South Side! Bird removal is not difficult, if you choose a reliable commercial bird service that understands your needs. It can be a trying time controlling pest birds. Our team of experts has the knowledge to ensure an infestation does not occur. If your area is being invaded, we can handle most bird problems in the Brisbane, South East QLD!

Bird removal from houses and commercial properties is something Pest Control South Side excels at.  We can provide assistance with many different types of bird control. We’re the reliable and experienced bird pest control company you need. Our firm understanding of bird behaviour allows us to help with your issues by implementing the appropriate methods to remedy your bird problems.

“Rock Doves”, otherwise known as feral pigeons, are the most recognised of the pigeon species. Introduced from Europe, they are characterised by a bluish grey colour. These pest birds can have a variety of colours incorporated in their feathers. When comparing male pigeons to females, males are typically brighter and more colourful than females. This allows them to attract mates more easily.

Earning the nickname “The Rats of the Sky”, feral pigeons have made their homes in open areas, as well as on top of man made structures found throughout the country. These can include pipes, gutters, bridges, buildings and under solar panels.  Attracted to areas which can supply their voracious appetites, pigeons eat a wide range of foods including random food scraps, vegetables, bread, buds and seeds. This makes cities and highly populated areas perfect homes for these birds! 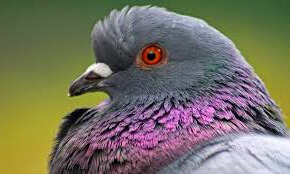 Unfortunately, you can tell where pigeons are living because of the amount of mess left behind. Not only is the fecal matter they create ugly and unpleasant smelling, it can cause damage to property with the corrosive nature of their droppings and also cause major health problems in humans.  Contact with birds droppings should be kept to a minimum, especially for people with weakened immune systems and chronic lung problems.

Learning how to keep pigeons away is different from knowing how to remove birds.  If you find yourself struggling with a pigeon infestation, don’t hesitate to reach out to us as your pigeon control experts. We’re the professionals and can help.  With our extensive bird knowledge you’ll find that these pest birds will be gone in no time at all.

Brush-turkeys are a protected native species.  They are a large bird with black feathers and a red featherless head.  The yellow wattles on the males become bigger during breeding and nesting season, making it easier to tell them apart from their female cohorts.

Though their habitat tends towards rainforests and moist bushy areas,  you may have seen them wandering around your neighbourhood.  We receive a numerous phone calls about brush-turkeys scrounging through backyards, destroying gardens and if you are particularly unlucky, building mounds.

During their breeding and nesting seasons, male brush turkeys build mounds and females lay their eggs. Once the females have laid their eggs, neither the mounds or the males can be removed until the chicks have hatched, so the sooner you call the better.  We can organise to come out and trap these garden menaces for you and relocate them to another area.

Australian Ravens and Crows are part of the Corvidae family and are often mistaken for one another.  The crows base feathers are white and the ravens are grey and both birds have very loud, distinctive calls. They are smart, resourceful birds and have been known to steal windscreen wipers off cars!! 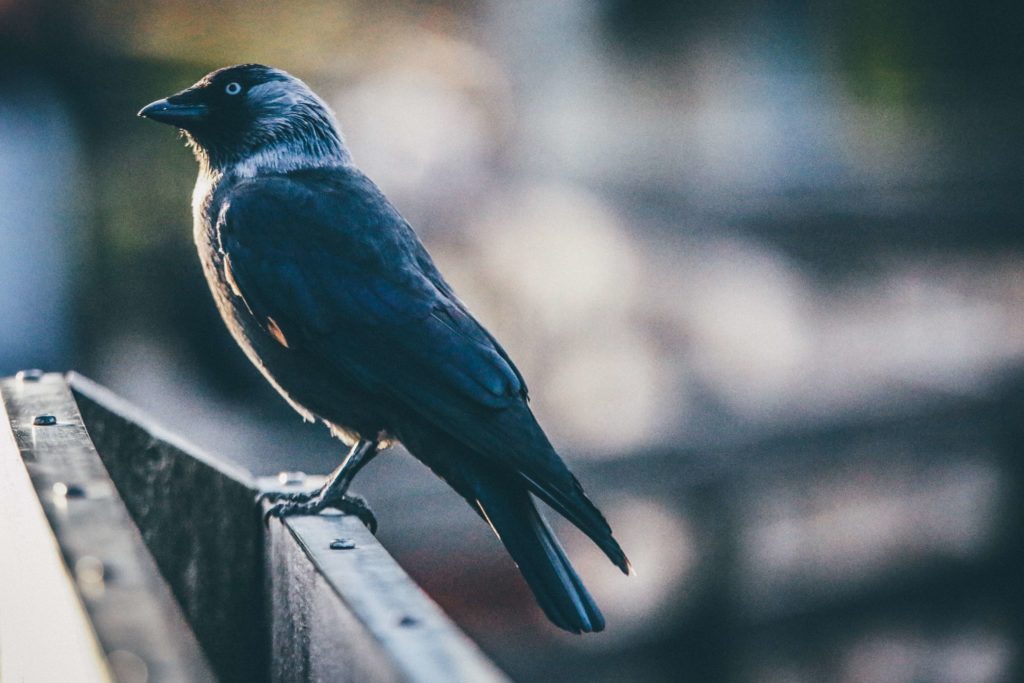 These beautiful black native birds are a common sight around park areas, schools, backyards and along highways, playing dodge the cars while they feed on roadkill.  In urban areas, they scavenge through bins, leaving a mess behind, which can attract cockroaches and rodents. They can be destructive to property in the areas where they congregate.

It is illegal to attempt to harm or kill these birds.  If they are causing any issues in your area, contact us, as we are your trusted bird control specialists!

With their distinctive black and white glossy plumage and vocalisations, they have also been known to mimic other native species and human speech, the magpie is an Australian icon. There are up to nine subspecies of magpies in Australia, the most recognised is the cracticus tibicen.

If you feel you are seeing the same magpie over and over again you maybe right!  They are territorial birds and if you are feeding them in your backyard, they will start recognising you as a friend and keep coming back for a free meal!

Despite the number of stories around, only a small percentage of magpies become aggressive during breeding season.  They have a tendency of swooping cyclists and pedestrians who come too close to their nests. This has caused the appearance of some very odd looking anti magpie swooping devices!

With their black face, hooked beak and grey and white bodies, these small native birds are well known for their aggressive behaviour during breeding season.  Omnivores by nature, they feed on invertebrates, other small birds and lizards.

During breeding season, they build their nests within 10m of the ground and defend their territory, often going for peoples faces when they get too close. Young butcherbirds stay in the area with their parents for about a year, helping to raise the next seasons chicks.

Also known as plovers, these large ground dwelling birds have a black crown, brown wings and back, with a white underbelly.  They have large yellow wattles covering their faces and two thorny spurs on each wing.  These birds are usually shy and harmless.

During the breeding season, Masked Lapwings turn into protective parents, swooping people who come too close to their nests or trying to lure them away by pretending to have a broken wing. Their nests are often found in school playgrounds, large open grass areas or on the roofs of buildings and what Aussie school kid hasn’t had the right of passage where they have been chased by a plover or laughed as they watched it happen to a friend!

Bird prevention is totally different to bird removal. If you find yourself struggling with bird infestations, don’t hesitate to reach out to us.  We’re the professionals who can help and with our extensive bird knowledge, you’ll find that your problem will be solved in no time.

While some companies are anti bird, we care about all animals. With this in mind, we will deal with your bird nuisance as ethically as possible.   We’re well versed in a number of different bird deterrent methods.

Bird nest removal can be tough at times, although it’s definitely not as dangerous as removing bee or wasp nests.  With this being said, bird nest removal can still be dangerous, and this is a good reason to arrange for one of our technicians to call out and remove your feathered pests.

While the bird removal cost is more expensive than doing it yourself, the dangers of bird nest removal make our service appealing. Taking birds away from the home they’ve made on your property can provoke them to attack.

As a reliable bird control service, any time we conduct bird nest removal from house areas including balconies, roofs or attics, we not only help remove the birds, we also provide information that will help you keep birds away in the future.

For those of you who have never heard of feeding programs, this method is effective at getting rid of birds. With this method, we feed the birds for 14 days and on the 14th day, we incorporate a chemical into the food to calm them down. This allows us to remove the pigeons from the area without having to put them at risk if avoidable. We’re firm believers that we can use this strategy to remove pigeons with very little stress on the birds. With this being the case, this is one of our preferred methods.

Even though bird prevention is the best option out there, trapping is also an option. While we don’t usually think of wild birds as the smartest creatures, you’d actually be quite surprised at how intelligent these birds are! Bird trapping is something we have to use a controlled environment for. We begin by giving them food in an area we target. Over the course of providing this food, we put pieces of the cage in the area. This allows us to build their trust around the cage. Eventually, we build the cage and once the birds go inside, we take them away from the area.

Knowing How To Keep Birds Away With Bird Prevention

Installing bird netting can ensure birds will not be able to get inside of an area you need to keep them out of. This is a totally humane method and does not injure the birds, although it might confuse them when they hit the netting. With bird netting, we can create the bird-free zone you need without breaking the bank.

No, these are not going to penetrate the birds! Although the name bird spikes sounds as though these will hurt or kill the birds, they’re actually quite useful and humane. We’ll simply place them  along your pipes, framework, walls or any other structure you don’t want birds roosting on, easy! Utilising bird spike devices is a great non-lethal method.

If you choose to remove a bird nest yourself, you could face federal prosecution. Active bird nests are usually protected and it is a serious charge especially if the bird nest you’re removing is one of a migratory or native bird. If you don’t want to see your bird nest removal cost rise, make sure the nest is empty. If you aren’t sure what kind of nest you’re dealing with, contact us so we can help identify the species of bird. Australia has many protected bird species, so make sure you know what you’re removing!

Diseases caused by bird droppings are a serious matter.  The issues occur from the organisms that can grow in the nutrient-rich droppings.  Fungus grows out of control and gives off spores which can be inhaled by humans, causing serious lung diseases.  Bacteria growing in the droppings can be passed through air conditioning systems contaminating food preparation areas.

A few examples of diseases that are spread by bird faeces are:

Make sure to wear gloves and a mask when you clean the area following your bird nest removal.  The big issue is that this fecal matter can cause many life-threatening diseases (as stated above). If you’re unsure of how to handle the health issues that come with bird messes, contact our experts for some advice!